WHEN GOD GIVES YOU TRUMP, YOU BLOW THE TRUMPET!

I really feel good about the future. Not because Trump won and certainly not because Hilary lost; but for all the opportunities and challenges that will come with the Trump era.

Those grieving for Hilary’s loss, no doubt might not be as optimistic about the future as I am. I totally get it! Those pre-election documentaries and character smearing campaign ads and exposes were frightening, especially when 1 in 5 women had experienced rape and the problem of racism persists. But the election is now over. While power transition is happening at the White House, our minds also need to transition from the “my candidate is the best” mentality to the “one nation under God” mode.

Whether you are like me feeling good about the future or unlike me, feeling discouraged, I have good news for you: God is in control! Take a moment and consider what God said about this bad and wicked Pharaoh in Exodus 9:16: “But I have raised you up for this very purpose, that I might show you my power and that my name might be proclaimed in all the earth”

A catholic friend of mine, Ozalla Nwachinazo shared on his Facebook page his post-election interaction with some of his friends. During the Presidential campaigns, Ozalla supported Senator Clinton and worked hard for her while his friends rooted for Trump. When the election was over and the winner declared, his friends were astonished that he was rejoicing and celebrating, not minding that his presidential candidate lost. His friends were confused and wanted to know why he chose to rejoice rather than grieve. Ozalla took them to 2 Samuel 12:20-23.

In that story, King David fasted and prayed hard and even laid on the floor all night, hoping that God would heal his sick child, the first child of his beloved wife Beersheba. But the Lord did not grant David the outcome he wanted. The child died. The servants of David had feared that David would hurt himself when he was told about the death of his son. But to their astonishment, David got up from the floor, washed up and dressed up, went to the temple and worshiped. After that, he went home and ate. Responding to their astonishment and their question “Why” rejoice when your child is dead rather than grieve, David explained, “While the baby was still alive, I fasted, and I cried. I thought, ‘Who knows? Maybe the Lord will feel sorry for me and let the baby live.’ 23 But now that the baby is dead, why should I fast? I can’t bring him back to life. Someday I will go to him, but he cannot come back to me.”

With the election over and decidedly won, we can be intentional about coming together and facing the collective task of building a more perfect union. In spite of where you are on the political divide, we have grounds to be thankful. We can be thankful for a peaceful election. We can be thankful for the progress we have made in our political understanding of our faith. In this election, our desire to honor God through the electoral process was unprecedented as Christians on both sides had biblical grounds for supporting their candidate. This is a communal spiritual growth worth celebrating.

While we share these joys, we should not be unmindful of the deep pain caused by this election; the shock and the hurts, the fear of the immigrants, the sense of loss of belonging of people of color and other minorities; and the lament of Christian feminists who felt that a lifetime opportunity to produce a female president was lost. To these hurting Christians, I pray that you grieve with hope and that you may experience God’s love and healing.

For those whose candidate won, accept my congratulations. It is my prayer that you celebrate with grace, knowing that the President elect – Donald Trump is now the President elect of all Americans and not just that of those who voted for him. May our words be non-anxious and may it communicate peace, love for the neighbor and respect for others.

And to all of us, called by the name of Christ, may we never forget that “our citizenship is in heaven and that we await a savior from there”. Let us continue to pursue our main purpose in life, which using the words of the Westminster Catechism is to “Glorify God and to enjoy Him forever”. This could mean that we heed the words of scripture as cited by Secretary Hilary Clinton during her concession speech “Do not be weary in doing good”. It could also mean that we honor the institutions of Government as commanded by the Word of God, giving due honor to the incoming President irrespective of what we think or feel about him.

For sure, President elect Trump said some frightening things. But he also said some pretty good stuff. We are to respond to these by continually praying for him; that God will give him the wisdom and grace to focus on the good and to work hard at it. For sure, if God can use the Donkey, He can use Trump too! But that is up to God. But as for you and I, this is what I suggest we do: blow the trumpet. When God gives you a Trump, You blow the trumpet!

In both the Old and New Testaments, the trumpet is an important symbol. Generally, it is used as a call to assemble, an alarm to war and a command to march. But we do not war as the world wars and the weapon of our warfare is not carnal. Armed with the power of the Holy Spirit and clothed with its fruit - love, peace, joy, kindness, gentleness, faithfulness and self-control, we must march courageously on the side of justice for all and seek to bring our daily lives, in word and in deed, under subjection to the authority of Christ. We must face squarely and un-apologetically our calling to spread the good news and to make disciples.

We do not know if the Lord will return before we inaugurate President elect Trump as the 45th President of the US. But this we know from scripture: there will be trumpets and trumpeters, and after then, the last trumpet. Revelations 11:15 indicates that when this last trumpet is sounded, the Kingdom of the world will become the Kingdom of our God. In that Kingdom, there will be no more sorrows or pain, nor fear and death.

It is the joy of this glorious day of the Lord that fires my optimism for the future. My hope and prayer is that it fires yours too. Since, God has given us a Trump, I think that it is a good season blow the trumpet.

ABOUT THE AUTHOR: Rev Joshua Amaezechi, an ordained Minister in the Christian Reformed Church of North America (CRCNA), is the President of the LEMA Institute. He works as the Lead Chaplain at the Kalamazoo County Jail, Michigan through the Forgotten Man Ministries.

The opinions and comments expressed in this blog are exclusively that of the author.

The LEMA Institute or its Board and faculty is not responsible for any aspects of the information supplied by the blogger. 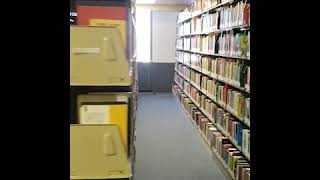 What the Snow Has in Common With the Library

Can I Forgive Myself?

RACISM AND THE CHURCH – MOVING BEYOND PRAYERFUL RHETORIC

What the Miracles of Jesus teach about the Humanity of a day old Fetus or the Unborn.

Palm Sunday during my Childhood and Now!

My experience of Holy Week in Africa.

HOW GOD HAS WORKED FOR GOOD OVER CORONAVIRUS

REFLECTING ON THE VIRTUE OF PATIENCE

CHRISTMAS IN AFRICA UNDERSCORES THE IMPORTANCE OF LEMA!

THE MOST CRAZY THING I DID IN FAITH